It is May, 2017 and the diving season just started in Central Europe. I travelled to Pag Island in Croatia for a few days in order to test DiveIno.

I read back my blog post Test week on Pag island from 2016, which I wrote one year ago just to know what happened by that time. I realized that DiveIno improved so much! For instance I did the following upgrades:

In the meantime I fixed these problems as described in the Magnetic on/off switch and water activation post. Plus now I have the DiveIno PCB version, which is more stable than the former Proto Board version. I hoped that I will have better luck this time… 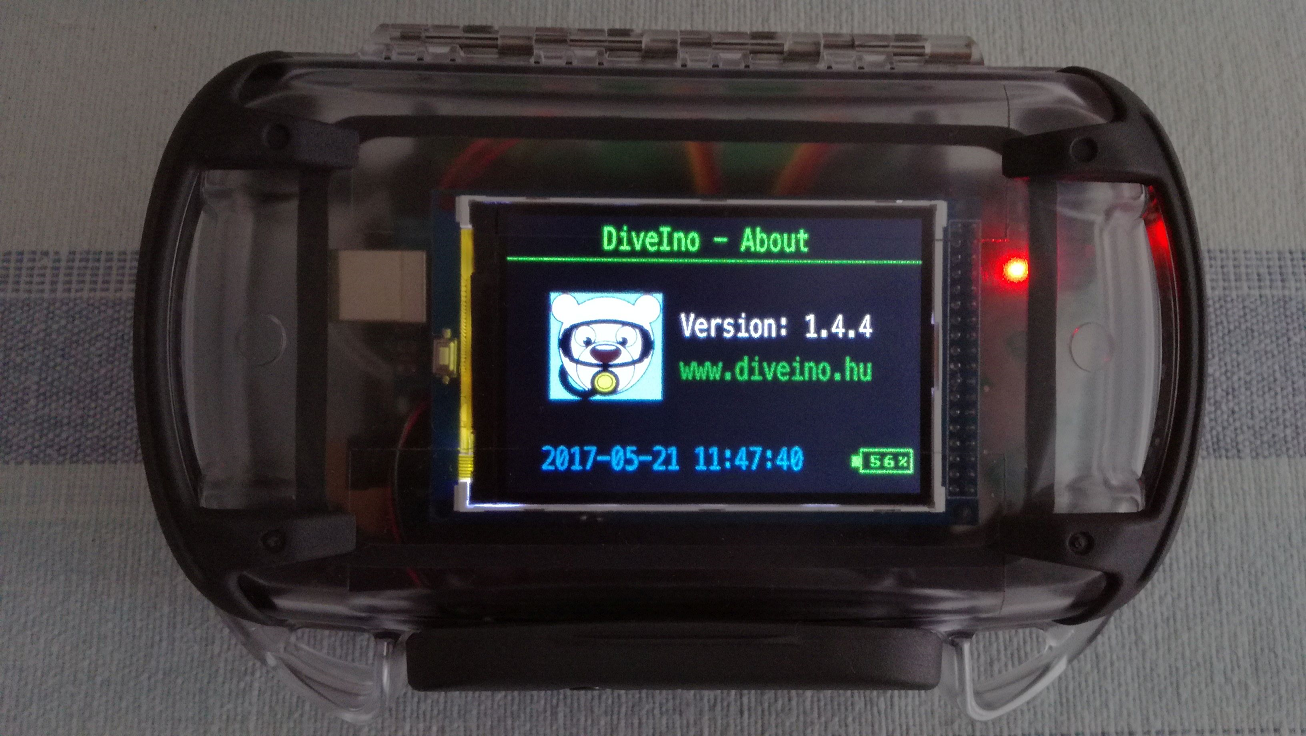 I performed 4 dives with DiveIno in two days.

The first dive day started with a dive, where I took the Otterbox Pursuit 40 case filled with a previously flooded version just to test, if the case is waterproof or not. It was. :)

For the second dive I took the complete DiveIno PCB version with me. I hoped for the best and DiveIno worked! Here is the dive log in the logbook: 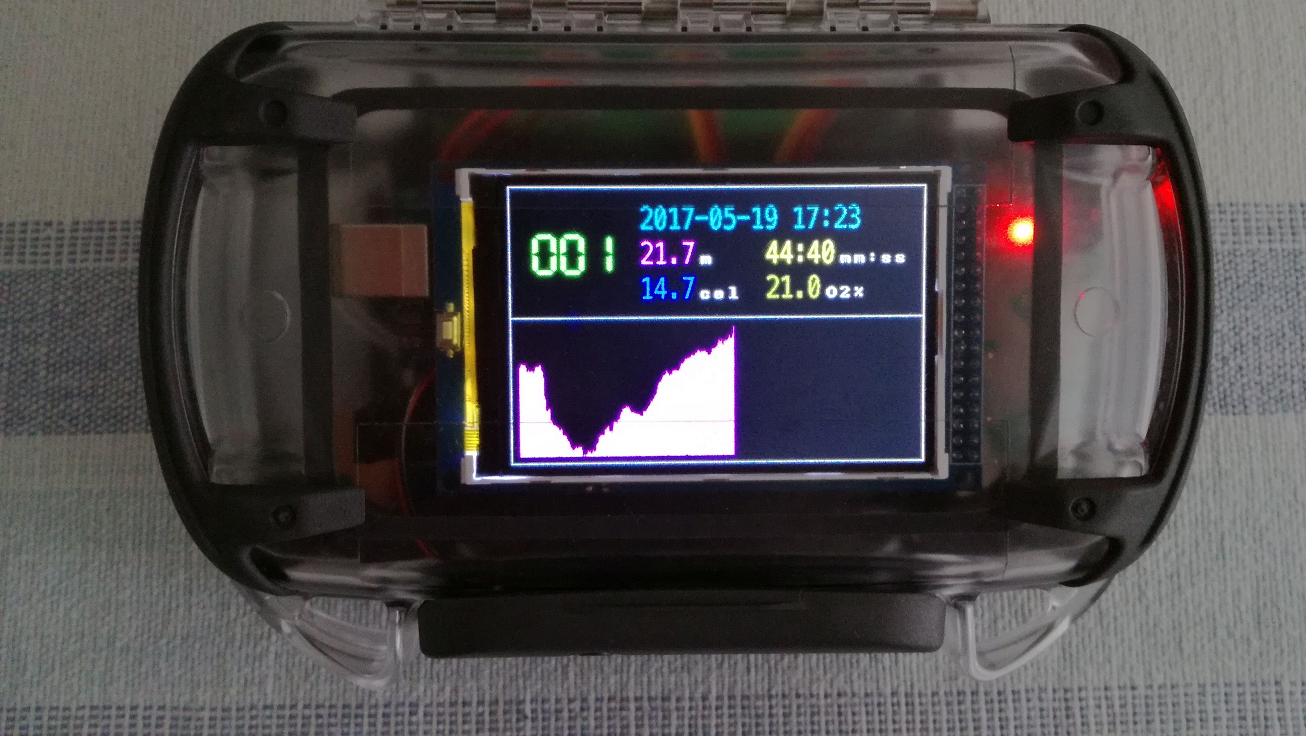 During the evening I recharged the Lithium Ion Polymer Battery and I decided that I try to do the second dive day without a recharage. On the next morning I started the first dive with 95% battery charge. Here is the log for this dive: 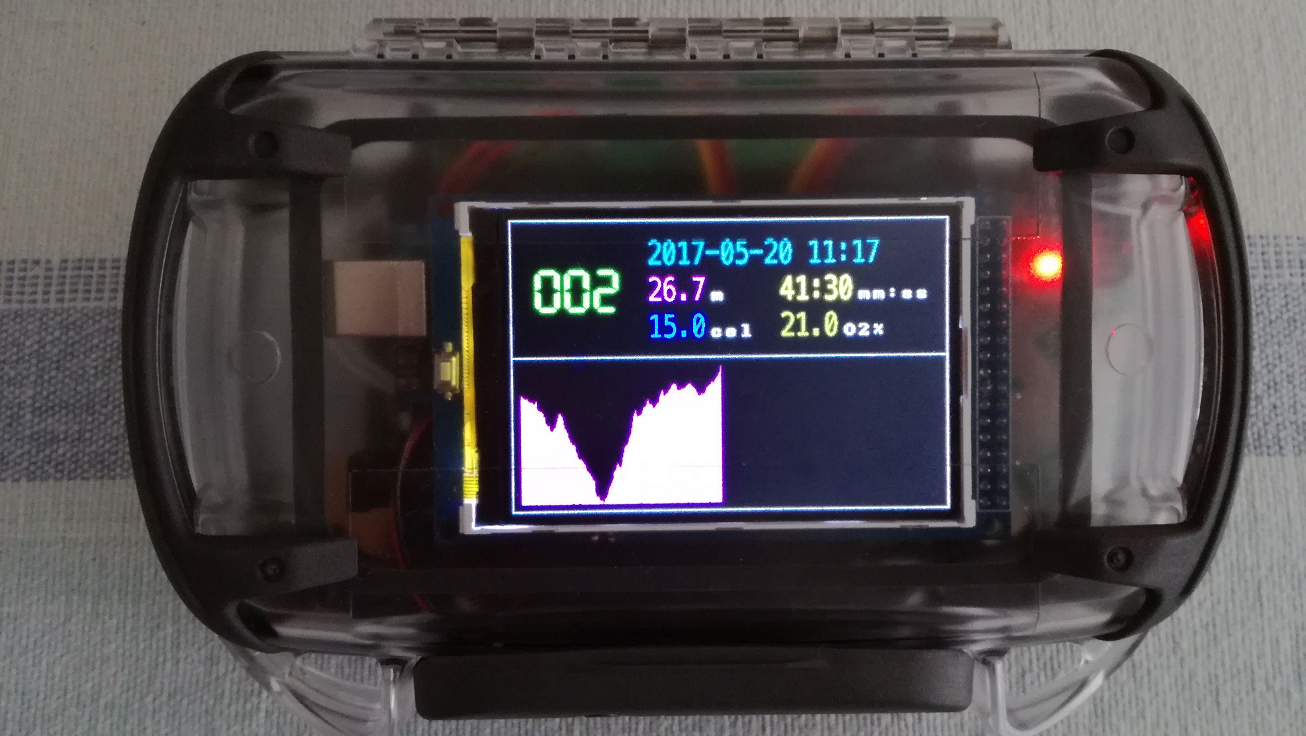 After the dive the battery charge indicator was dropped to 76%. The last dive happened about 2 hours later: 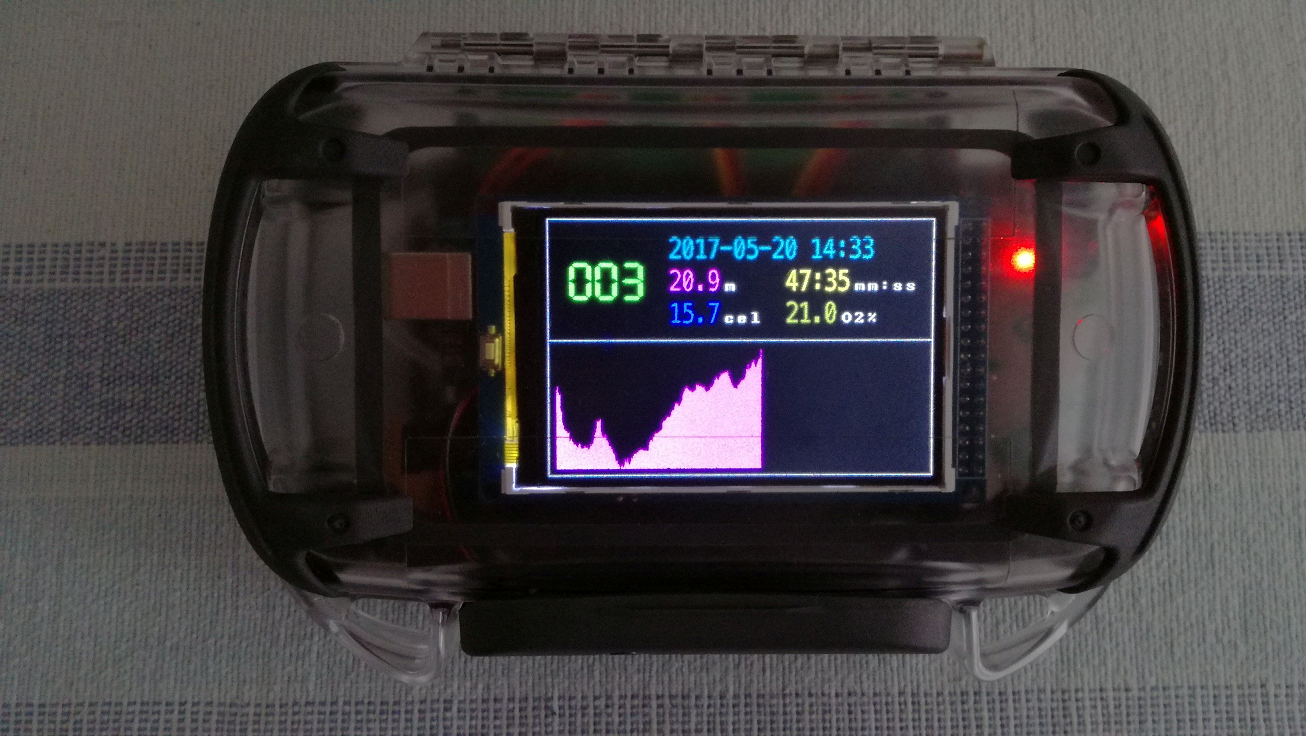 Once I got back home the battery charge level was at 56%.

First of all DiveIno PCB version worked like a charm. No leaks, no flood. The maximum depth was 26.7 meter, which is beyond the case official rate - 30 meters.

The Magnetic on/off switch and water activation worked as well. When I put DiveIno into the sea water, it switched into dive mode within a few seconds.

The battery charge level for a 45 minutes dive drops with about 20% in a 15 celsius degree water, which is quite acceptable! This means that DiveIno can survive a day of diving without an extra charge!

Dives were correctly logged onto the SD card in DiveIno json format. At home I downloaded all json files and used DiveIno Converter to convert the files into UDCF format, which can be digested by divelogs.de. 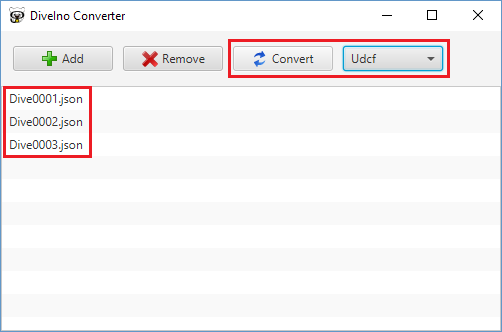 After the divelogs.de import my logbook looks like this: 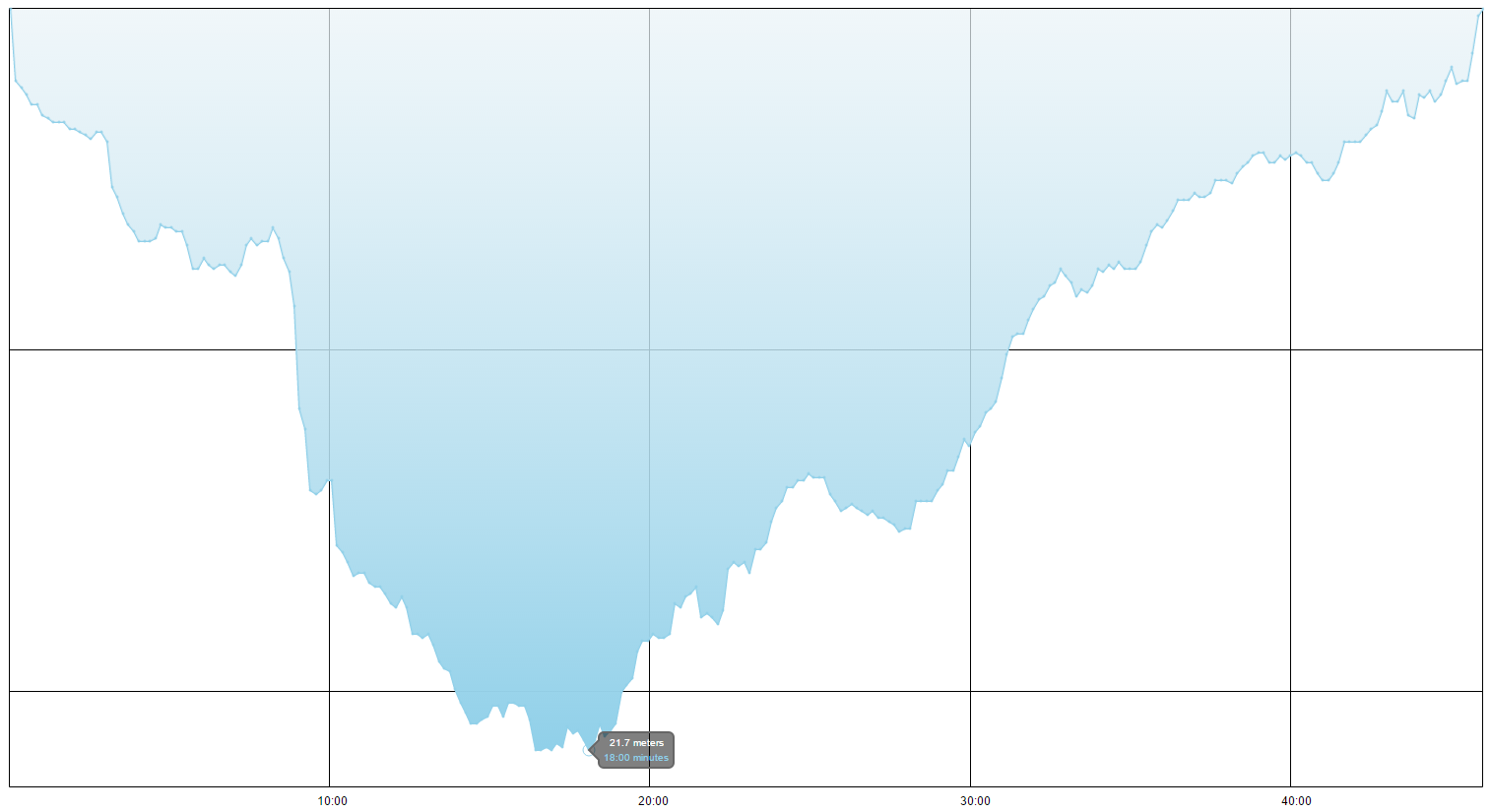 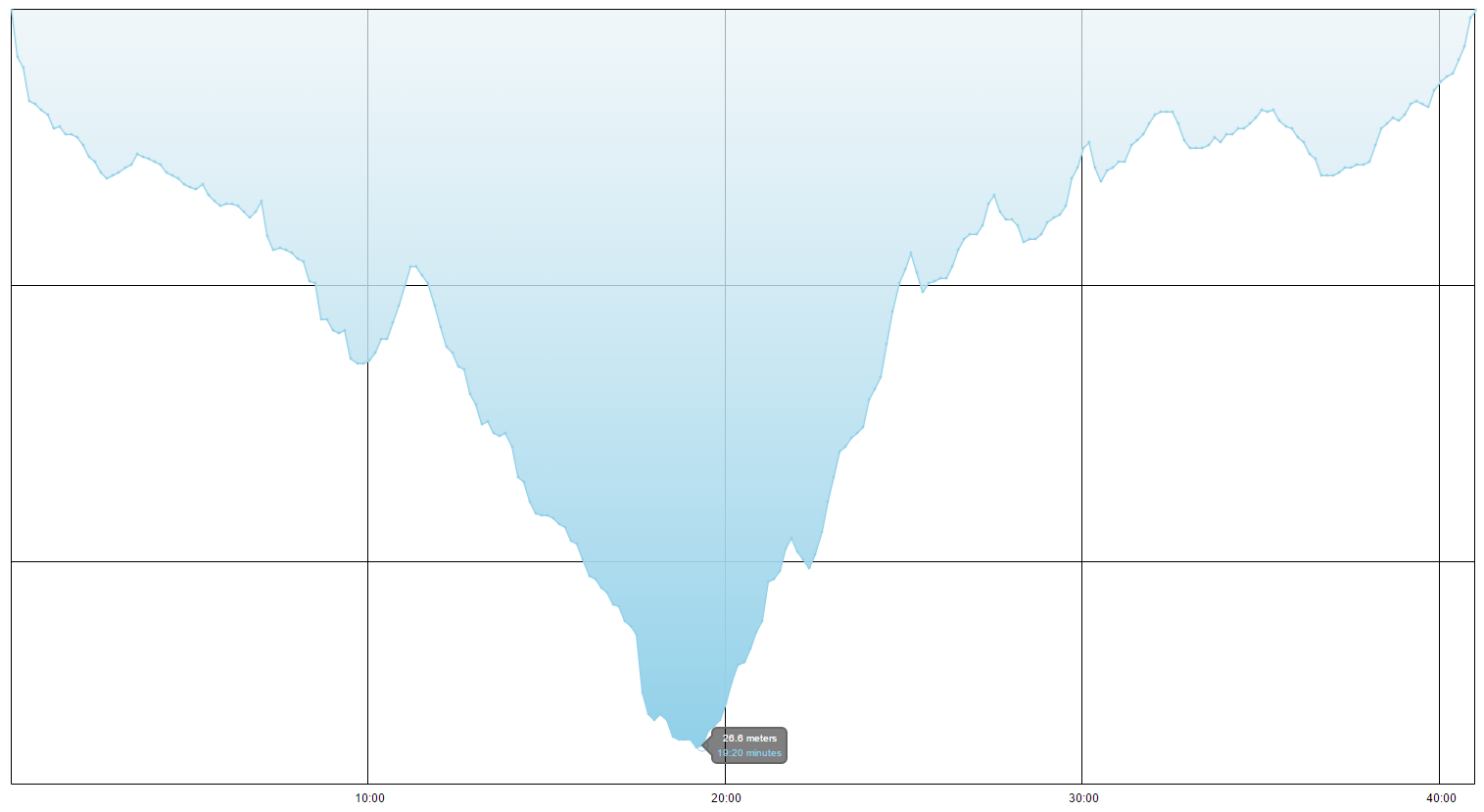 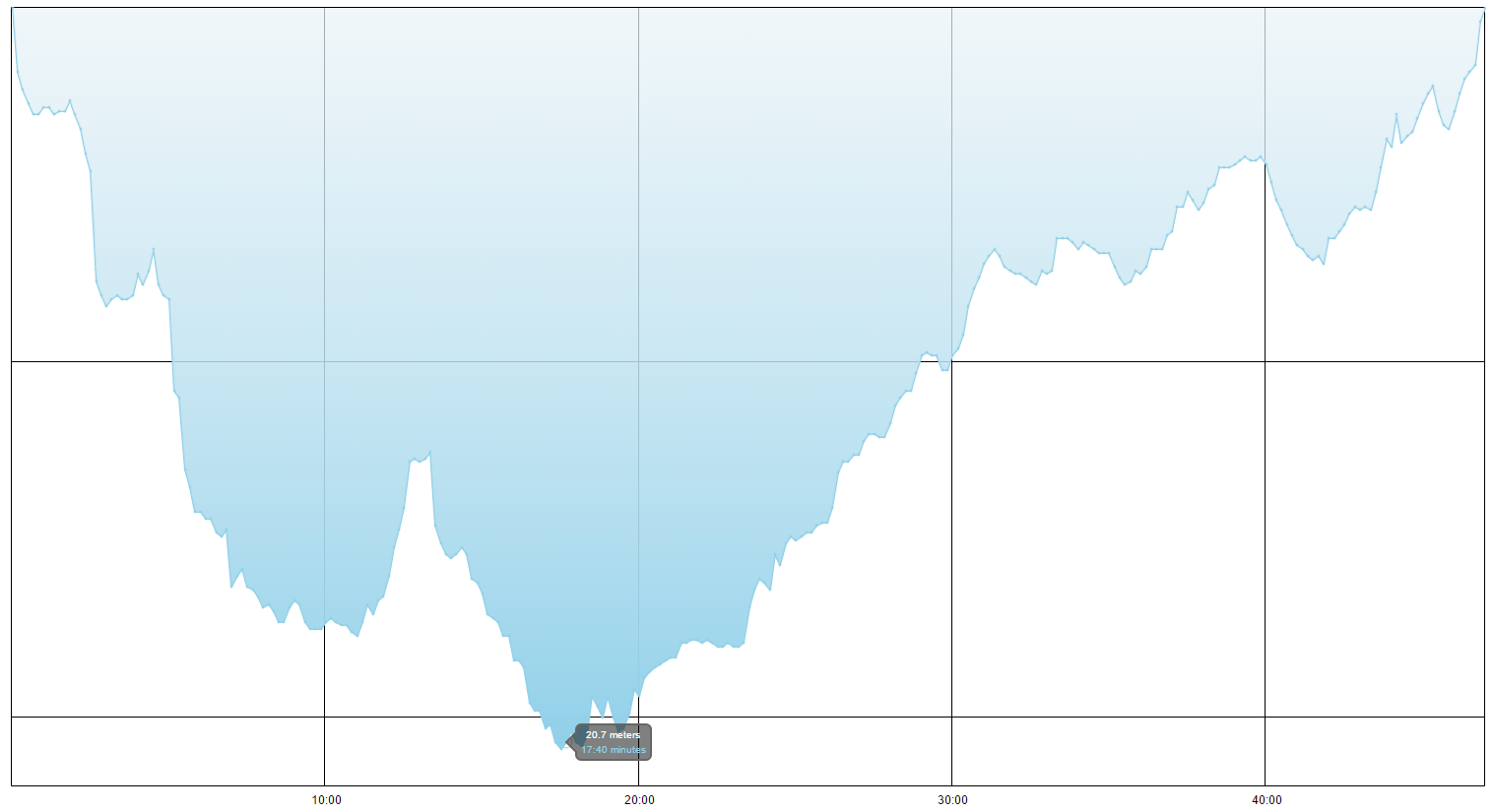 Now I dare to say that DiveIno works! The software and the hardware part is ready for this prototype DiveIno version.

The obvious goal will be to make DiveIno even better! For instance I am not 100% satisfied with the PCB connection to the Arduino Mega 2560 microcontroller board. I think an Arduino Shield version could work much better.

During the dive the dive time seconds counter is not fast enough - it skips some seconds - and the transition among menu items can be improved as well. This is because the microcontroller has to do too many things at the same time. In order to speed DiveIno up, the Arduino Due support was introduced in the past. However the new Arduino Shield version has to better support Arduino Due. I have to work on that in the near future.

There is a need for better documentation and more content on the website. I will work on these as well.

At last the Bluetooth support for the Serial API was introduced with a reason. In the future I would like to develop a mobile app, which will communicate with DiveIno through this API.

You can track the progress on the Releases page.