As I mentioned in the The Long Board version post I had a chance for another test dive in Croatia after I successfully destroyed my first DiveIno in Egypt.

I wish I could say that everything went fine, but I couldn’t. First of all I got sick - inflammation in my left ear, but thanks to a some ear drops and my doctor I am getting better now. Unfortunately it is not true for DiveIno. Some sea water managed to get inside the case! Fortunately the situation is not as bad as it was in Egypt!

As I don’t have a pressure chamber, first I had to test, if the modified Otterbox Pursuit 20 case is waterproof or not.

I removed all electronic parts from the case and applied some silicone grease on the closing edge, before I went into the water. I stored it in the pocket of my BCD during the dive, which maximum depth was about 25 meters.

Luckly no sea water managed to get inside! The case proved to be watertight!

Now it was the time to place all electronic parts back into the case! This time I learned from my previous mistake and put on the security wrist strap after I closed the lid. I grabbed the IR remote control and set the correct sea level pressure in Settings and put DiveIno into dive mode.

I jumped into the water in my neoprene suit. The goal was to test if I submerge it, the pressure will change on the display. It did and the case still seemed to be waterproof.

I climbed back to the boat and dressed properly for the dive. Till that time my buddy held DiveIno above sea level in the water.

We started to descend. Once I reached 1.2 meter, DiveIno started to log the dive. I was able to see all details of the dive on the screen. I was really happy that my stuff works!

The first part of the dive was a swim through around 8 meters. It was a bit tight, but we managed to accomplish that. As we discussed during the pre-dive briefing all divers have to meet with each other at 5 meters.

Once the whole group got ready we started to continue our ascend. Around 7 meters down and 2 minutes passed till the start I saw that some sea water got inside the case! Suddenly DiveIno reset itself! This means that DiveIno aborted the dive and the menu gets displayed.

I went to my buddy and told him that DiveIno got wet and I had to bring it back to the boat. He can continue the dive without me as part of the group. They went on and I swam back to the boat.

During my way back to the boat DiveIno turned off itself, but it seems that no additional water got inside the case. It was strange, but I hoped that some parts managed to survive and I don’t have to throw out everything.

Once I managed to get back to the boat I quickly opened the case, turned DiveIno off and removed the LiPo battery from the PowerBoost 500 Charger.

It seemed to me that very little water got inside the case. I didn’t see big bubbles coming out on the edges while I was underwater. I tried to dry it with a towel and later packed all parts back into my dry tube. I wanted to do further investigation later back in the apartment.

Back into the apartment

At the end of the day once I got back to my room I placed all DiveIno parts on the table. I disassembled the Long Board from the Arduino Mega and removed the white electrical insulation adhesive tape from the back side. It became obvious that the salt sea water caused corrosion on the copper stripes and on the soldering lead. 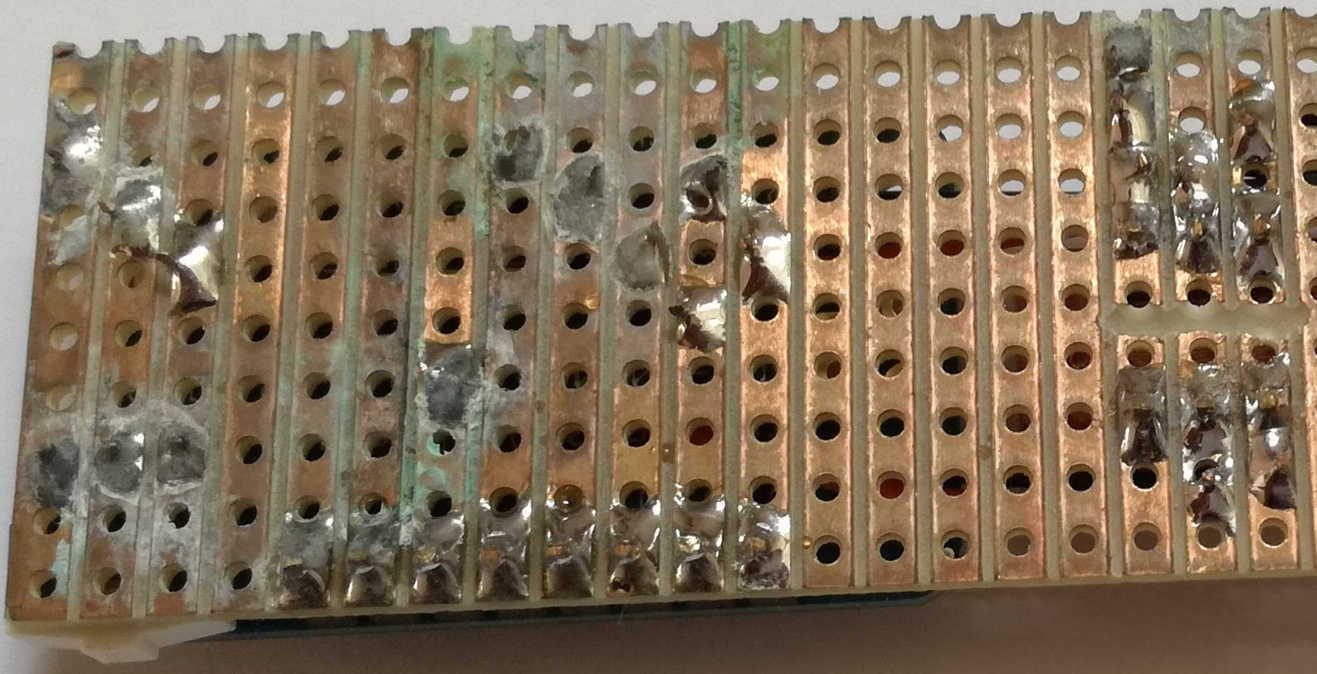 This caused unreilable electronical connection and this is what was reset the DiveIno underwater.

How the sea water came into the case?

Careful investigation on the back of the Long Board revealed corrosion marks in striped pattern. This is where the sea water came into the case.

I believe the root cause was that the Long Board was too thick. When the pressure increased the case was squeezed in its volume. This caused that the top and bottom side moved closer to each other. The problem was that Long Board was in between. Obviously it can’t change its shape so it prevented the two sides to come closer to each other. At this point it opened up the sealing a bit, so the sea water was managed to get into the case. When I begun to ascend again the pressure dropped and the case became watertight. This is why the electronic parts survived the test dive. 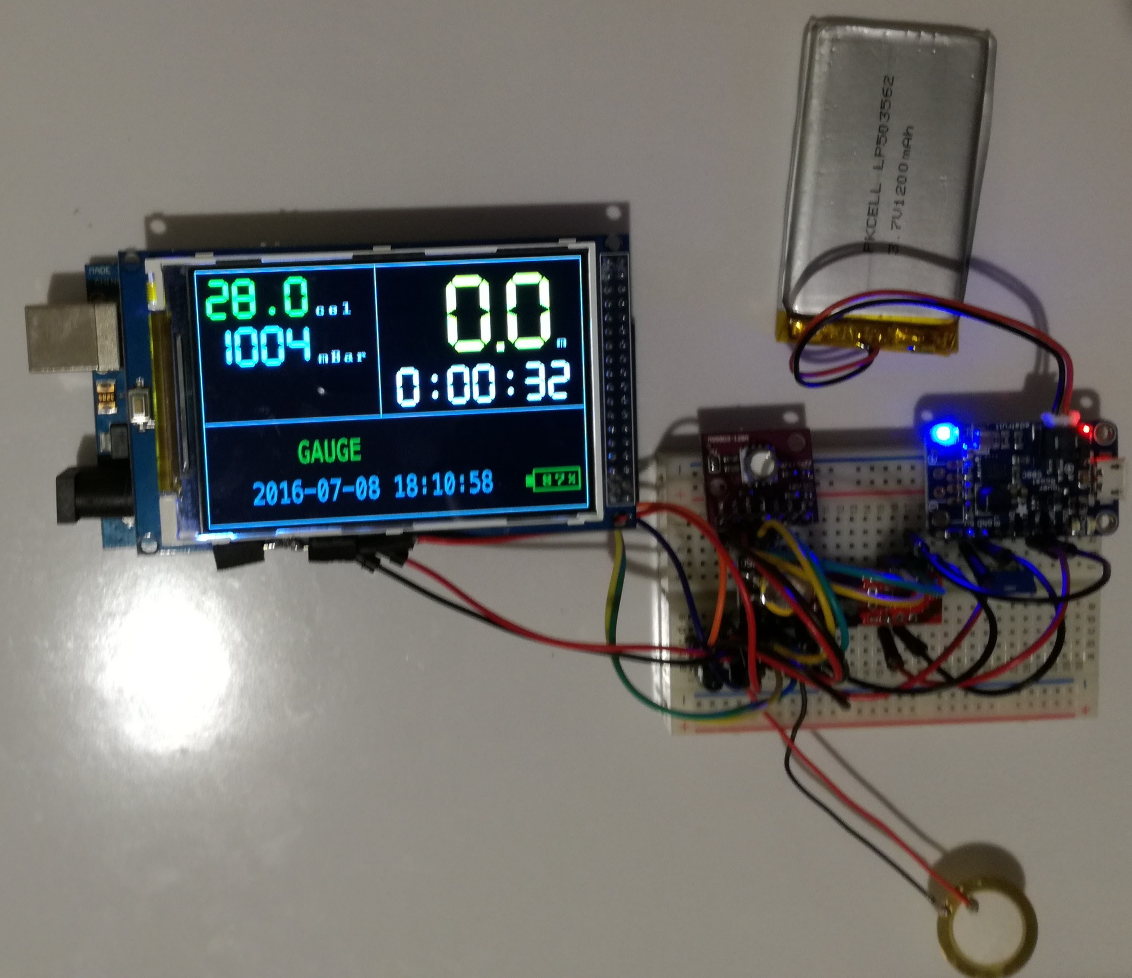 I would say that this test dive was a partial success, because basically the software part works, but there is still some work to do on the hardware assembly side.

What proved to be good:

It is clear that the thickness issue has to be resolved somehow. I have some idea about how this can be done:

This will make Long Board thinner. I would call it as the Slim Board version.

At last here is the log, which DiveIno made during the dive. The swim through part and the final descend can be seen clearly from this profile: 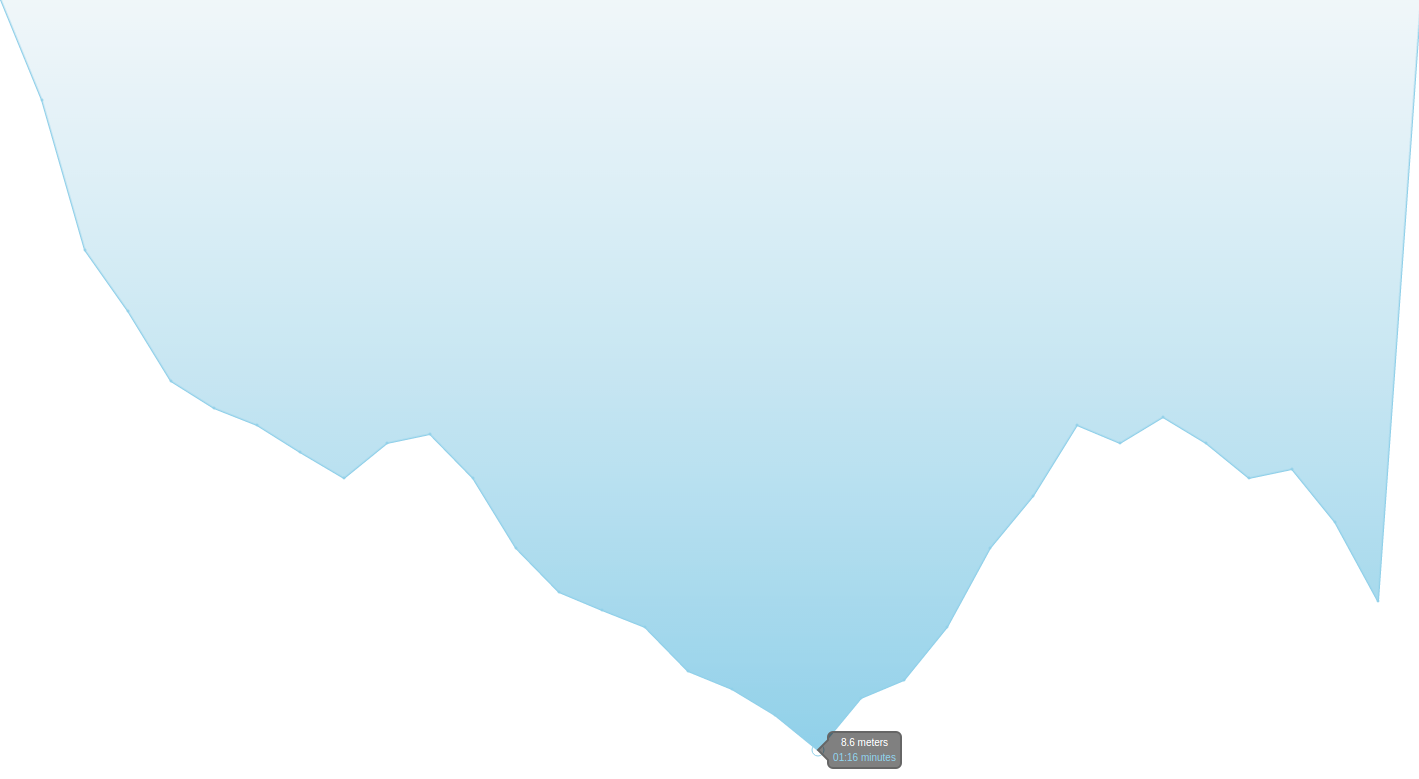