I took DiveIno to a test dive into the sea and it is unfortunately failed! 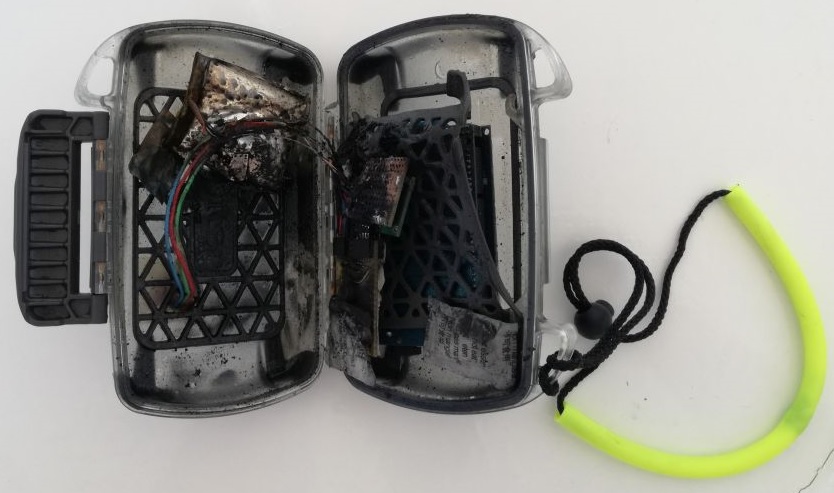 I bought a strap in a dive shop, which you can put around your wrist in order to prevent the loss of an underwater device like a camera or your dive computer. The strap is really long and curvy. That was the problem. When I closed the DiveIno lid before the test dive a small piece of the strap stuck between the two edges of the case, which provides the watertight sealing. As you can expect, salt water immediately managed to get into the case when it was submerged.

Salt water is a conductive material. It causes two problems:

Short circuit can damage the electronic components. This is what was happened with the LCD screen as you can see on the image below: 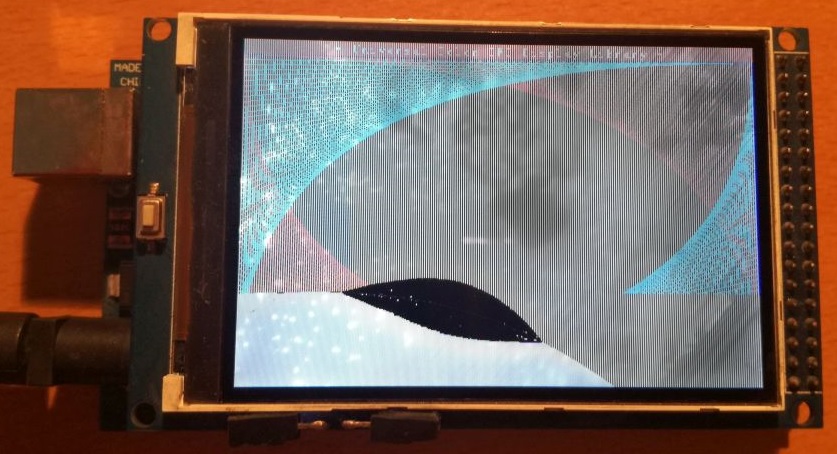 The LiPo battery discharge was a bigger problem. Salt water is conductive, so a sort circuit was happened between the two tabs of the battery. This caused an electrolysis chemical reaction, which dissolves the metal tabs. When it is done and the battery is still charged, it gets overheated. In rare cases it even can explode.

Once the LiPo battery was overheated, it molten the inner wiring, the case and the plastic parts of DiveIno. 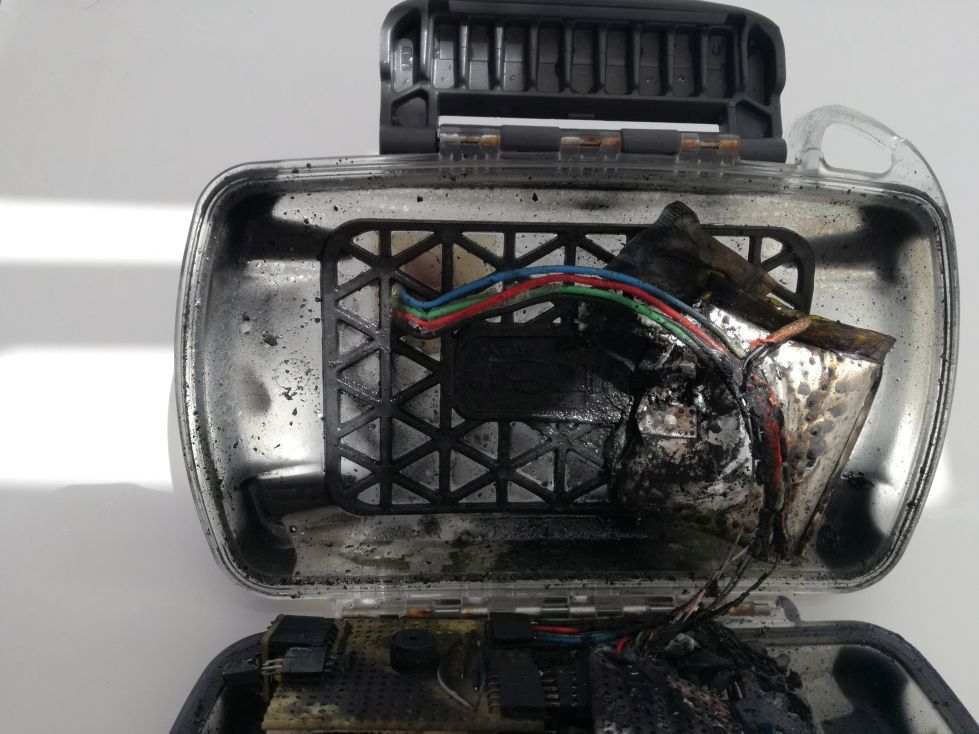 The end result is a molten LiPo battery and a case. The heat dimmed the case, so it became completely useless. 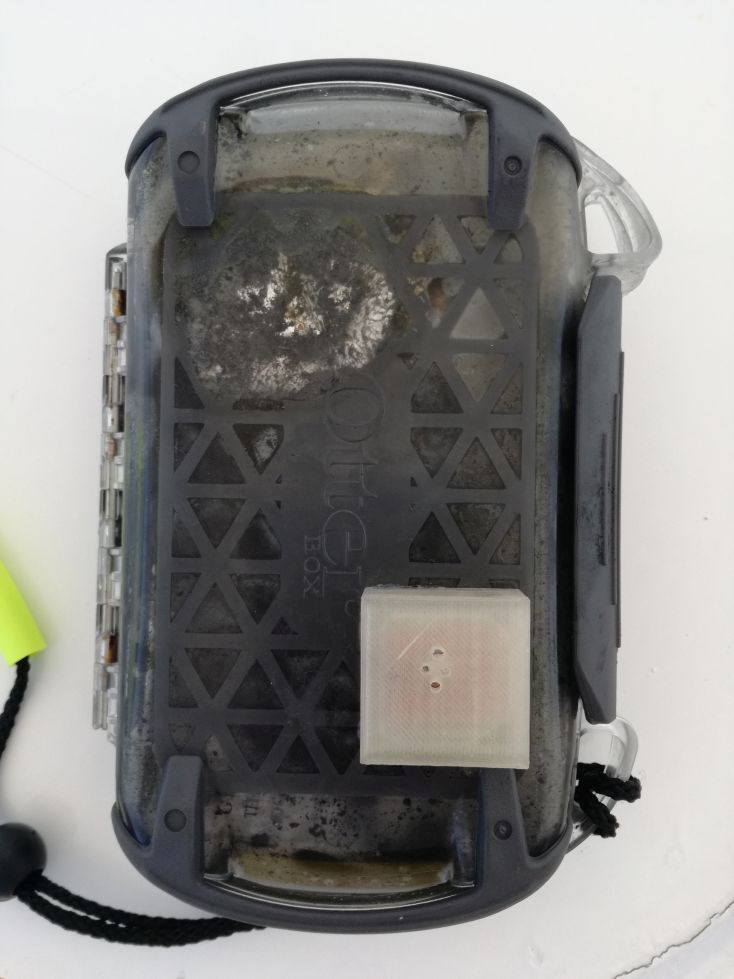 The Power Module stripboard was also molten, so the LiPo Fuel Gauge and the DC-DC Converter Booster Module died. 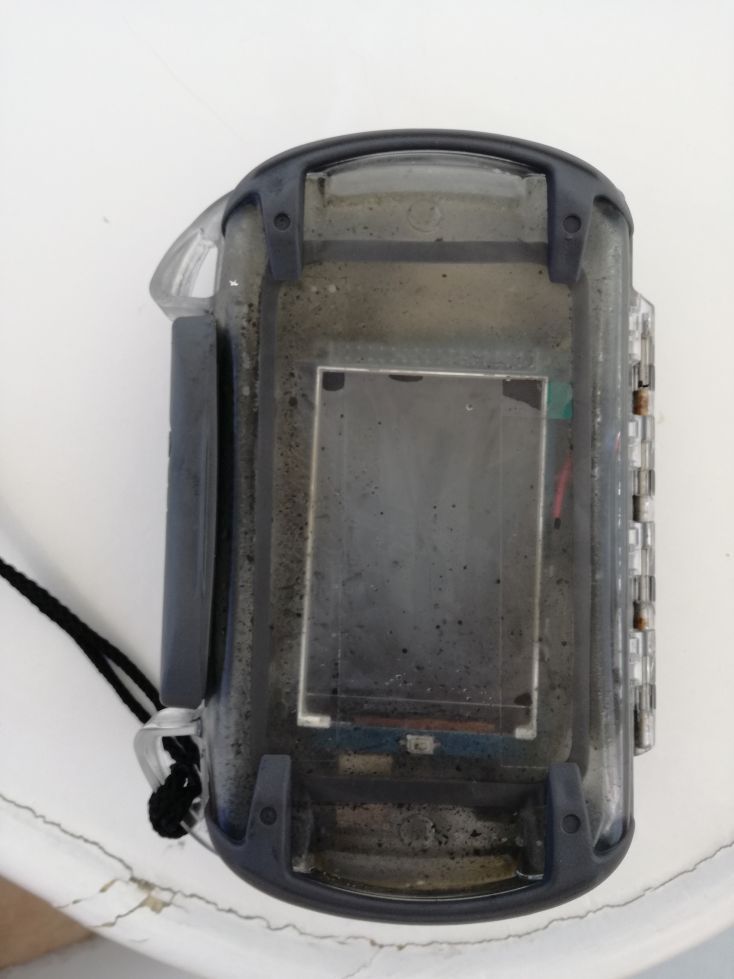 Luckly some parts were amazingly survived the water and the heat: 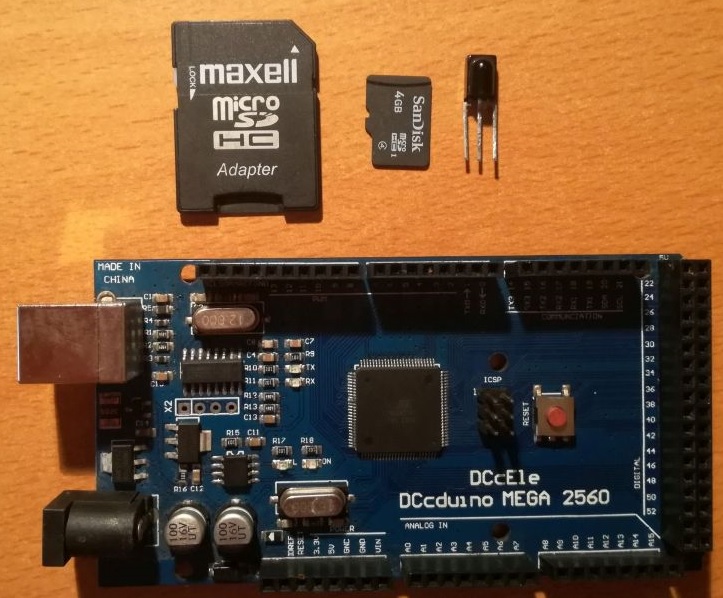 I was really upset about this accident, because I tested the case one dive before without the electronic parts to make sure it is watertight. It was!

The biggest problem was that I put the security wrist strap onto the case before I closed the lid. It should have been done before, but not after!

As a result I lost the case, the TFT LCD screen and the chance to test DiveIno software during a real dive. 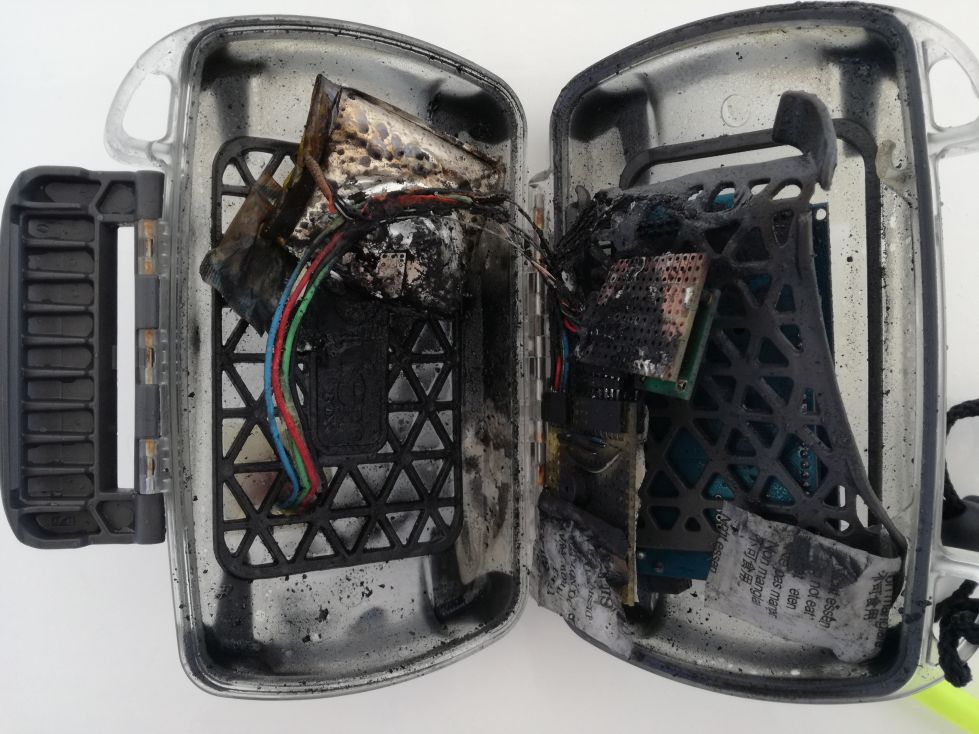 This doesn’t mean that I will give up this project! I will re-order the broken parts and rebuild DiveIno! It will take some time, but I am patient and determined! Wish me good luck!